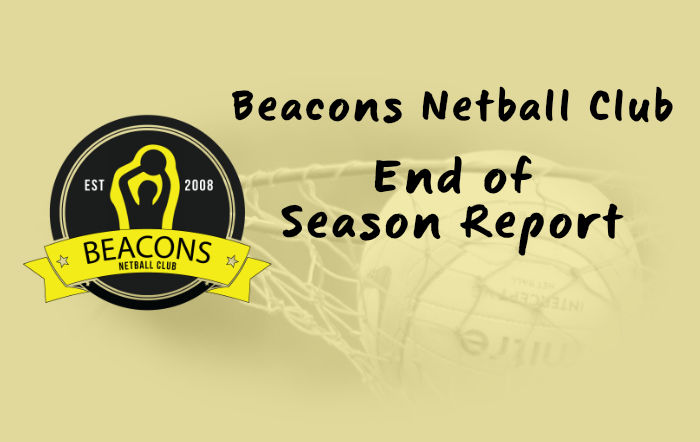 Beacons NC have enjoyed a season full of success throughout the 2015-16 season.

Our 3 senior teams have been playing hard aiming to win as many games as possible with the hope of gaining promotion for the following season. Our junior teams have been working tirelessly at training and striving to both win medals as a team and also achieve personal goals that have been set throughout the year. I am delighted to say that the determination, hard work and outstanding play have all paid off with the club gaining promotion for all three senior teams. The girls are looking forward to the challenge ahead of playing at yet another higher level.

Our U16 team, who are made up entirely of players who are 12, 13 and 14 years old, narrowly missed out on medals this year finishing in 3rd position. A great achievement for these players who are playing up against some tough opposition.

Our U12 team have been unbeaten all season, they have gone from strength to strength and have flourished both as a team and as individuals. They won both their semi-final and the finals of the U12 league to finish in 1st place.

Please see below the stats for each team: