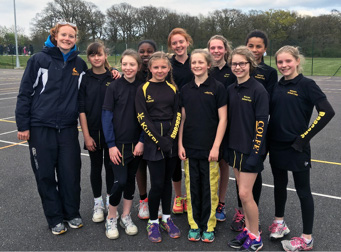 Beacons Under16 Vs Wealden – Match Report

Beacons Under16 Vs Wealden

On Saturday 28th of February Beacons U16 played Wealden. It was very cold and
windy, however our shooters did very well. Throughout the game the defence was
solid and got many rebounds, despite a tall shooter.

In the final quarter we only conceded 1 goal and only 10 goals over all.
Throughout the game, all of centre court played consistently with lots of interceptions and tips.

Despite the harsh conditions our shooters managed to score 26 goals. They were able to get the ball through a tough defence during the match and the final score was 26-10 to us. A great result!

Special thanks to Damaris, Sophie and Leah who step in to play for the U16 and also to Hermione who played amazingly out of position for this match, and battled through an injury.

The well-deserved player of the match was Leah.

Written by Caitlin
Edited by Jade