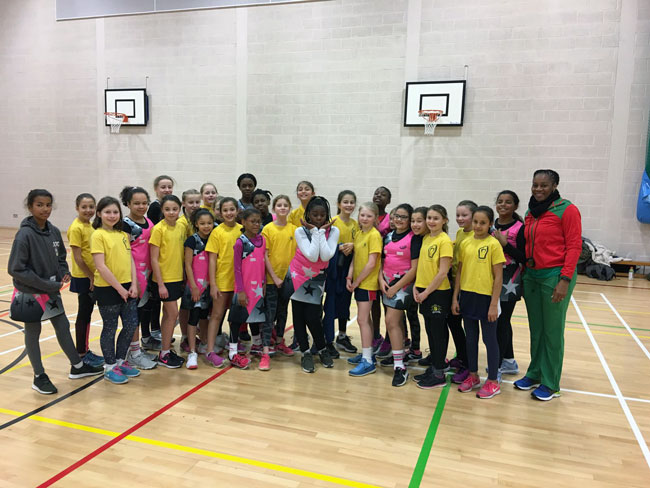 On the evening of Thursday 9th February a group of ten Yr6 girls travelled to Dartford to take part in a friendly fixture against the mighty Kent Club!

The girls were very nervous when they arrived and for some it was the first time they were representing the club in a fixture.

When they took to the court the nerves dissolved and they played fast, confident netball. All their hard work of training at Beacons was paying off and we took a early lead in the game. In attack their passing was excellent and all of our team made numerous interceptions! It really was a pleasure to watch them in action!

Well done to all the girls who took part, it was a fantastic team performance and I hope all the girls enjoyed the experience.
A special well done to Teya and Amie who were voted as players of the match by the opposition coaches.

Thank you to Kent Club for hosting! And thank you to Elizabeth Roche for organising and Chantal Sharni Hankin for umpiring!

Looking forward to booking another one in soon!