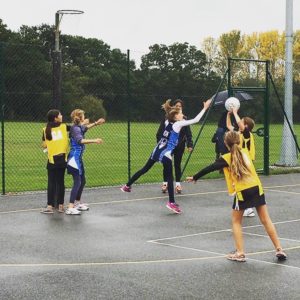 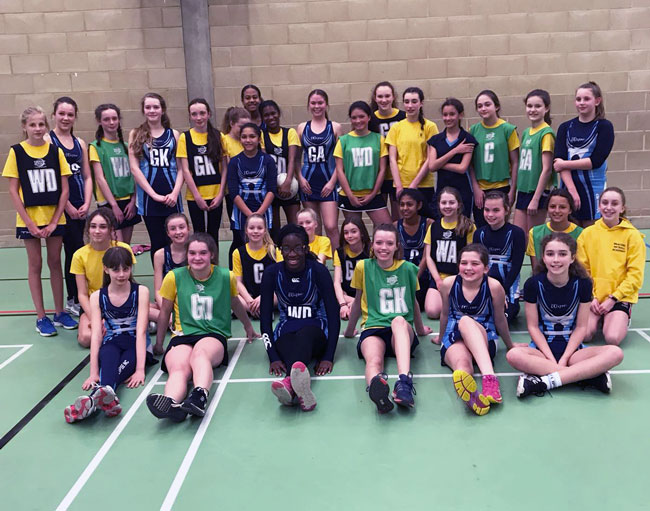 On Thursday 30th November two teams of our Beacons Academy players travelled to Langley Park to play in friendly fixtures against a local club called Eclipse.

Our Yr6&7 mixed U12 team were very excited to be representing Beacons in a fixture and put on a fantastic performance. The girls started well, working the ball to circle edge and putting the shooters in a great position, as well our defence working well as a unit. We then came on even stronger having warmed up into the game and put on a great show for the spectators of fantastic movement, skill and brilliant shooting. We ended half time 12-3 up, fantastic! We had a bit of a dip in the third quarter as Eclipse defence was working really hard to keep the ball out of our shooting third, we went into the final quarter 13-6 to us. The girls went on even more determined to put the third quarter behind them and played some beautiful netball. It was great to see the girls in action after their hard work in training all term and we took a 20-7 win, brilliant work! Joint players of the match were Molly for her tireless work in centre court and making so many interceptions & Lucy for scoring so many fantastic goals throughout the game!

Next up our U13’s took on the Eclipse U14 team in an exciting and competitive match. Our girls were very nervous to start with and took the first quarter to get used to playing together and settle into the game. At halftime, the score was 7-4 to us so we had pulled in back in the 2nd quarter and dug deep to put in a great performance. Eclipse came on strong in the third quarter and we struggled to stop the overhead balls they were giving into the shooters and we were chasing our tails a bit! Into the final quarter at the girls played their absolute socks off, and the final quarter was a draw of 2 goals each! Every player improved every quarter and took on board all of the coaching points that were given. We couldn’t quite catch up the scoreline and took a 14-7 loss. However, I was really pleased with the performance of all of the players! Player of the match voted for by the Eclipse team was awarded to Lydia! Great job!

Well done to everyone who played and thank you to Eclipse for the friendly matches. Thanks also to all of our parents and supports for cheering on the teams!